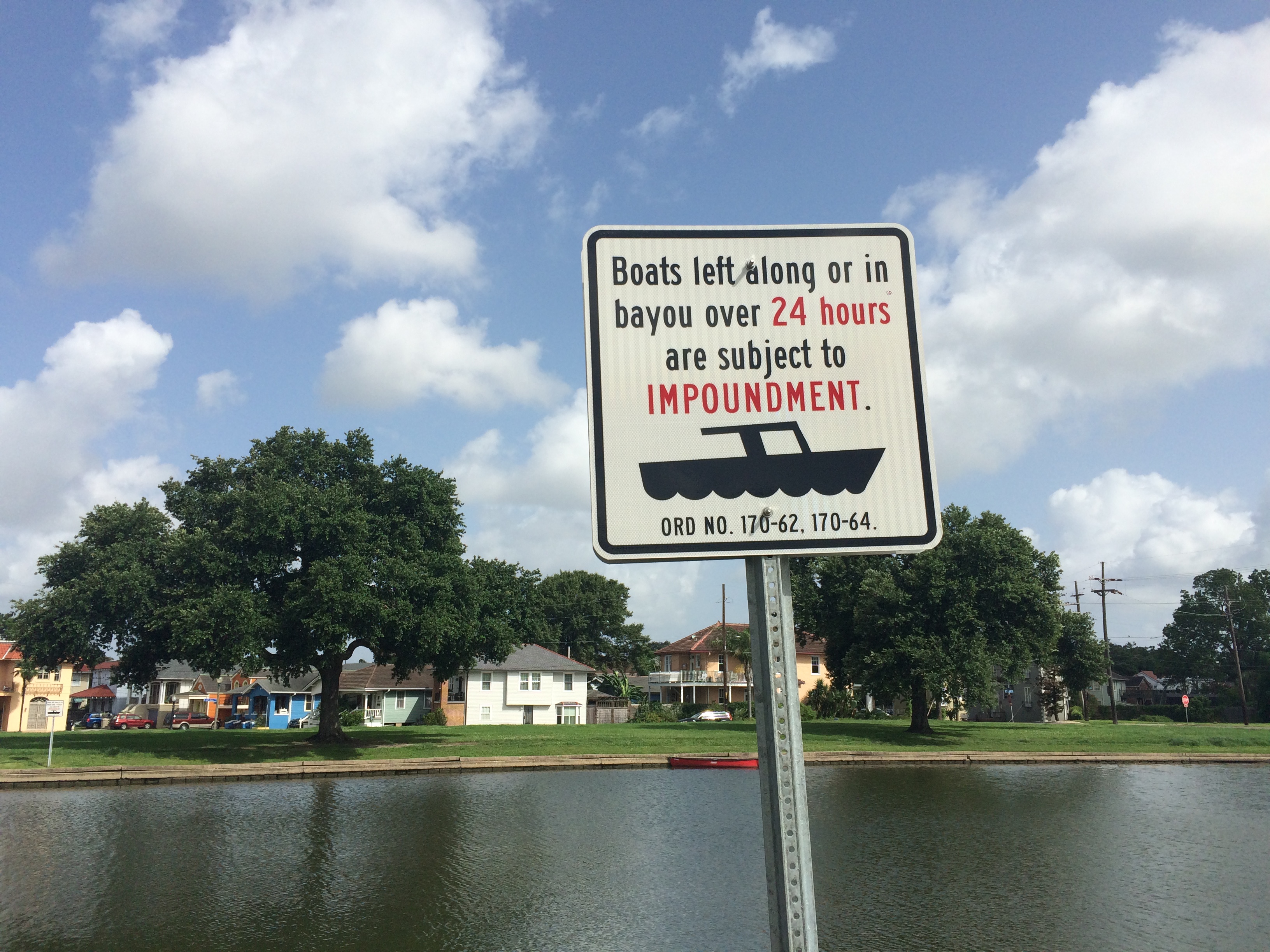 Watchman John D. Thomas reported to me at his post #42 at 4:01am Feb. 20, at Orleans and Moss Streets, that a Ford car, license 191-659, ran into the pile driver which was standing crosswise on Moss Street completely blocking said st. There was a red lantern on each side of the driver. One lamp was broken.

Thomas phoned the police who took the man to his home. He was unhurt. I personally visited the police station and spoke with the officer who took him home. He said the man was unhurt and everything was ok. The driver’s name is Frank F. Collins, Address: Gretna, La.

The car was picked up by a wrecker.

Um Mr. Collins, how did you miss the pile driver lying on its side across the entire width of the street, hung with red lanterns?? Was Mr. Collins a little tipsy??

Lastly, a few of my favorite boat names recorded during a 1935 survey of permanently or semi-permanently moored vessels in the Bayou St. John:

and, my number one fav,