At last, we come to the surprising final act in the saga of Virginia Reed and Charles E. Letten. Finally we get to hear Reed herself speak! And her eloquence, as surely as it will win you over when you read an excerpt below, ultimately won over the judge in the case.

Reed’s testimony was said to have lasted several hours, and apparently her composure never wavered.

First, we hear about Reed’s early life: she explains that her mother took her to live with a rich banker at the age of 13, and that a few years later “he moved [her] into a private residence, and visited [her] there.” Several years later, she joined her mother in New Orleans, and her wealthy banker “friend” set her up with other wealthy friends—thus beginning Reed’s life as the mistress to wealthy white men in New Orleans (although she also ran a successful boarding house in town as well).

Then, we learn more about the nature of her relationship with Letten: “‘[He] used to frequent the corner opposite to where I lived. He flirted with me, and I encouraged him.…[he said] he had been watching me for several weeks, and asked me if he could be a friend…. He told me that his name was Charles Lloyd.…He said that…he was engaged in the cotton business, and that he was a very wealthy man.…He always told me that he had an aunt who was very dear to him, and that she was the cause of his not being able to call on me more frequently.’” (A likely story!)

Upon being asked when she learned his real name was Letten, she replied, “‘About two years ago. We were seated in one of the rooms at my house, when a friend of mine called. When she saw him she said: “How do you do, Mr. Letten.” When I was letting her out of the door she said: “I didn’t know that he was your friend. He works in the tax office. I pay my taxes to him.”’” (Ruh roh!)

Reed maintained that “only in his mind” did Letten give her $118,000 dollars over the course of their relationship; that she only learned of his being married when his name came out in the papers regarding the supposed embezzlement; and that she was concerned for his wife most of all upon receiving the news. Reed shed a “real tear” at this moment in her testimony, describing the pain she felt for his wife, for the “disgrace he had brought down upon her….I tried to die for her. I felt for her every minute, and I tried to blot out the shame by drowning myself [in the bayou].’” [1]

Finally, Reed’s fate was decided: “In a sweeping decision rendered yesterday, Virginia Reed…scored a decisive victory over Captain John Fitzpatrick, Tax Collector of the First District.…The trial of the case was one of the most sensational that has been held in the civil courts….” Throughout the trial, Letten claimed again and again that he stole money from the tax office “to satisfy the whims of the woman.” And yet, “The defense proved that the woman was a hardworking and thrifty individual, and that she accumulated [the] money [on her own] by working day and night.” [2]

Needless to say, I am left with many questions. Why did Letten claim to have stolen the money for Reed? Because he really did steal it, and needed a cover story to hide the real reason—since the news of his affair with a woman of color was made public anyway, and since she, and her “mesmerism,” would be the easy scapegoat? What ended up happening to Letten, and what happened to the money? Moreover, is this the same Virginia Reed, the same “negro female hoodlum,” that the papers spoke of before their affair was made public? Who was it, then, that was leading a double life—Letten, Reed, or the public itself, whose sentiments shifted so drastically over the course of this case?

Here’s what we know so far: Virginia Reed, a woman of color, was known to the Powers that Be as a “lewd and abandoned woman” and a “notorious negro female hoodlum.” Because of those labels—“negro” and “female”—we may never know much more about her.

Charles E. Letten, white employee of the State Tax Collector’s office, admitted to embezzling $116,000 over a period of years (over two million dollars by today’s standards!) for Reed, his mistress, despite being “happily married.” Reed, he alleges, put him under a “mesmerism” that not only convinced him she was beautiful, but convinced him to put the money in his pocket and bring it to her doorstep twice a week. It wasn’t him, it was the voodoo!

At this moment in the story, Letten has just told the Times-Picayune the aforementioned tall tale from his cell in the Parish Prison. The day before, after catching word Letten had been charged, Virginia Reed left her house in the French Quarter around 8:00 a.m. to supposedly go to the market. She caught a streetcar at Orleans, and headed to the bayou. When she arrived at its banks, she threw down her basket and leaped into the water. A man jumped in and pulled her out. While he was reviving her, she broke free and leaped in again. Once she was pulled out a second time, they bought her to the police station and she was locked up for disturbing the peace and attempting suicide. Before she could get out on bail, she was re-arrested for “receiving stolen property [from Letten] when it was known to be stolen.”

The officers on duty at the station were very preoccupied by the group of female friends that came and stayed with Reed all day, and especially by the pile of bayou-soaked clothing her friends replaced with a dry set. It was composed of a “handsome silk skirt and underclothing made mostly of lace. All the garments of the negro woman were of the finest material, and very expensive.”

When told of Reed’s suicide attempt in his own cell, Letten’s “small, colorless eyes snapped, but he made no comment until he was asked: ‘Had you heard of the attempt?’ ‘No,’ declared Letten. ‘I had not.’ ‘What have you to say regarding the attempted self-destruction?’ ‘Nothing.’”

He then elaborated on the “remarkable influence” Reed had had over him:

“I met the woman eighteen years ago.…From that moment I was conscious of a peculiar spell, which I knew was due to a certain influence which she had over me. It is to that mesmerism, or whatever it may be called, that I owe my downfall.” [1]

She requested larger and larger sums of money, and then, he claimed, she threatened to blackmail him if he didn’t bring it.

I keep wondering about those trips from Letten’s office to his mistress’s doorstep, just a few blocks away. The sun burning down. His hat tilted to avoid the glare. A wad of pilfered bills in his pocket. Were the cobblestones and balconies along the way imbued with excitement—he’s on his way to see Virginia! Or else imbued with guilt and shame at his attachment to this woman who represents everything he’s not supposed to be attracted to? Were perhaps these the emotions he is now attributing to a “dark spell”? Dogged desires that slip between the constructs we set up for ourselves, that cross the boundaries we draw between what is “good” and “right” and what is “forbidden”—a distinction, particularly in Reconstruction-era New Orleans, that was literally black and white?

Part three will reveal what ultimately befell the two lovers, although we may never know the true nature of their relationship.… 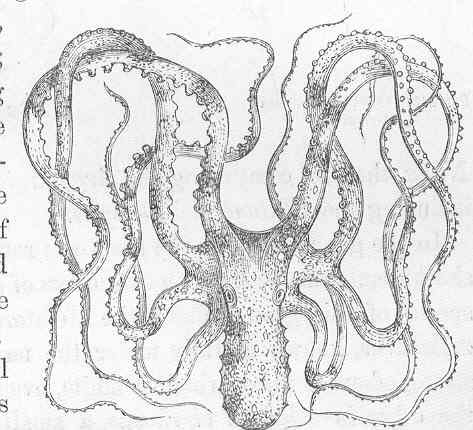 If you take gender and race relations of early twentieth-century New Orleans and add a healthy dose of drama, you get the story of Virginia Reed and her embezzling sugar daddy, Charles E. Letten. Get ready for this one, folks. It’s definitely at least a two-parter!

First, a little backstory, as reported to us by the (white men) of the Times-Picayune. Virginia Reed appears a grand total of 75 times in the T-P between 1882 and 1909, and my goodness does the drama escalate. First, a little petty larceny, a little “lewdness” here and there:

“Virginia Reed…was fined $25 or 30 days for violating the ordinance relating to lewd and abandoned women.” [2]

“Last Sunday night a Chinaman named Mar Shing…was inveigled into the notorious negro den, No. 114 Dauphine street, kept by the ebon nymph, Marie Davis, alias Black and Tan, and was robbed of $50 by two of the thieving inmates named Virginia Reed, alias “Long Luey,” and Carrie Knight. The former escaped and…the others were fined $5…for violating the ordinance relative to lewd and abandoned women.” [4]

Long Luey, this isn’t the last time you stick it to the man and get away with it! But that’s giving away too much of the story already.

“Following two unsuccessful attempts by Virginia Reed, the 43-year-old negro mistress of Charles E. Letten, to drown herself in Bayou St. John yesterday morning…Letten, who is in the Parish Prison…on the charge of having stolen at least $116,000 from the funds of State Tax Collector John Fitzpatrick, made an astounding statement to the Picayune, in which he alleged that for eighteen years he had been under a mesmerism which forced him to steal the sums of money which he gave as semiweekly presents to the negress…; that under the influence of the spell he regarded the almost black, ungraceful African as not only good looking, but beautiful; that her charm for him was like ‘the pulling of an octopus;’ that despite the influence of the woman there was no effect on his home life, which continued to be ideal, not a cross word having passed between himself and his wife since their marriage thirty-one years ago; that he almost invariably went to the woman’s house at 323 Dauphine Street in broad daylight after leaving his office…; that he could feel the spell of her influence at his office, and would put the money in his pocket and take it to her, when she invariably smiled and said, ‘That is right.’” [5]

Yep! An unwitting white gentlemen, in the midst of marital bliss, was put under an evil African spell for eighteen years that had him believing—gasp!—that a black woman could be beautiful! That had him returning again and again to her doorstep with what adds up to over two million dollars by today’s standards!

Even the T-P guys sound skeptical.