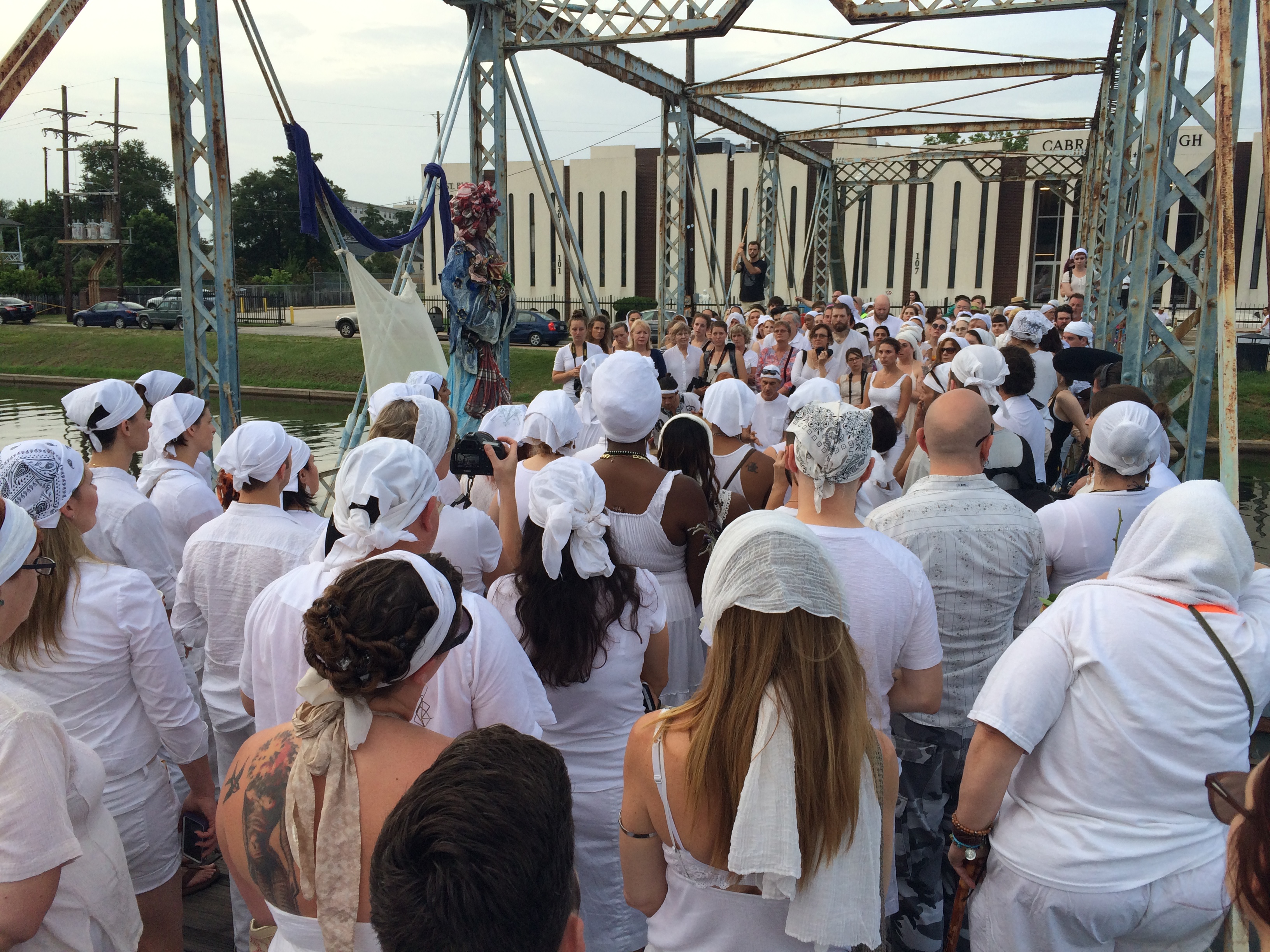 Last night, I was lucky enough to attend the annual St. John’s Eve voodoo head-washing ceremony, led by Sallie Ann Glassman’s La Source Ancienne Ounfo, an event that has taken place for the last twenty years on the historic Magnolia Bridge on the evening of June 23rd. Yours truly has a lot to learn about the history of voodoo in New Orleans—but I do know Bayou St. John has played an important role in that history, in part because the so-called Queen of Voodoo, Marie Laveau, was said to have acquired herbs and other ritual materials from the Native Americans living in the area, and in even larger part because on October 15, 1817, shortly after the influx of refugees from the slave uprising on Saint-Domingue (present-day Haiti) into New Orleans (an influx that helped solidify the cultural and religious practices of voodoo here), city officials banned congregations of blacks except for in specific locations at specific times. Therefore, many of these “secret rituals” were moved out to the bayou—to that relatively untamed, muddy-banked, cypress-forested waterway, surrounded primarily by farmland of varying degrees of sogginess. In my initial search for sources on this topic, I also heard it mentioned that the bayou, named after Saint John the Baptist, was a natural place to hold these St. John’s Eve rituals—but I’m not sure about that potential connection yet.

The head-washing ceremony, believed to be a modified (and perhaps modernized) version of a voodoo baptism, included chanting and singing, dancing, a colorful, 9-foot-tall papier-mache statue of Marie Laveau (produced by Mid-City Mardi Gras decoration designer Ricardo Pustanio) looming above a pile of miscellaneous offerings, a palm-ful of cool water poured from a green bottle that we all dabbed on our necks, and a bridge-ful of spirited folks dressed in white. 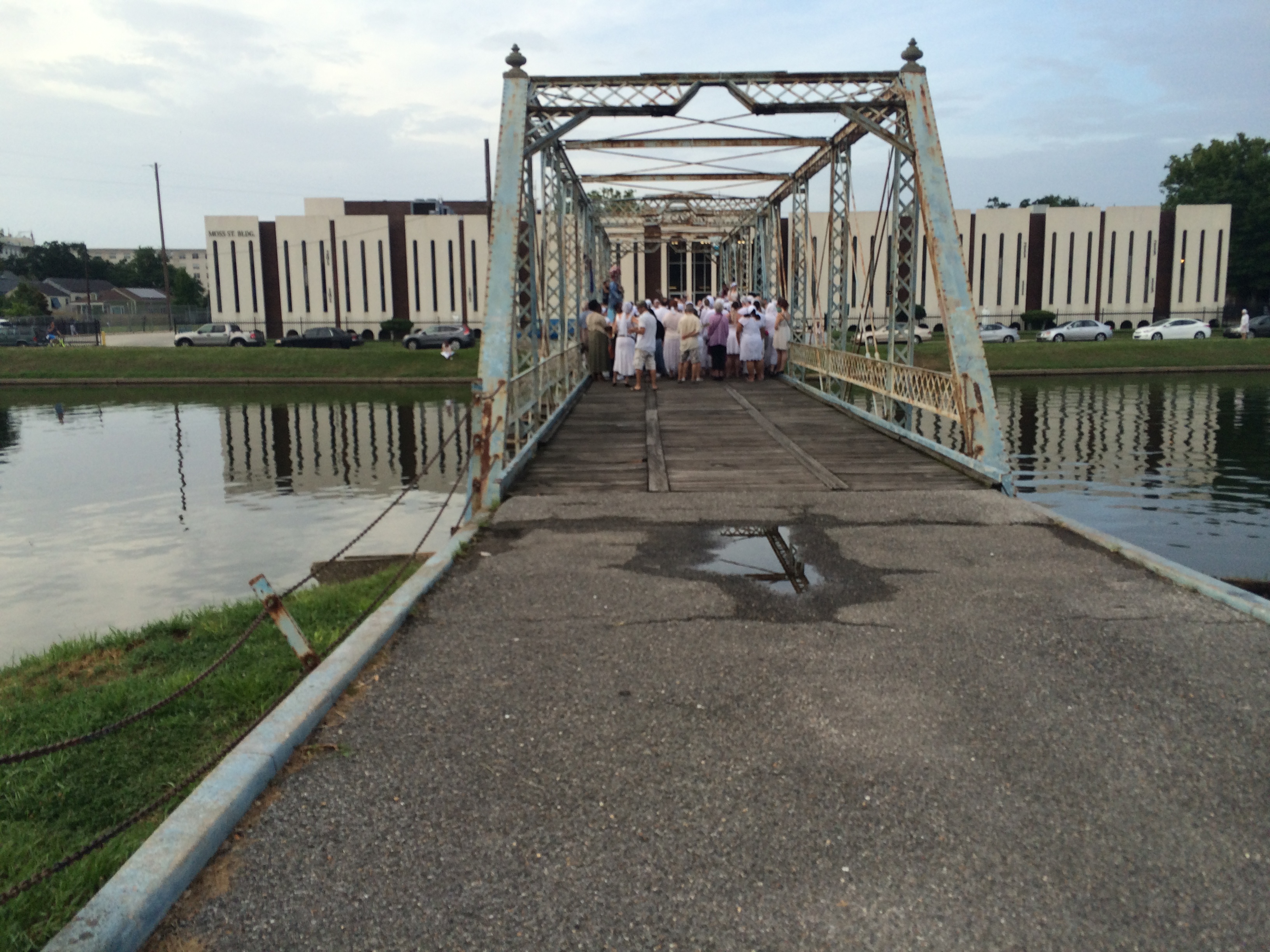 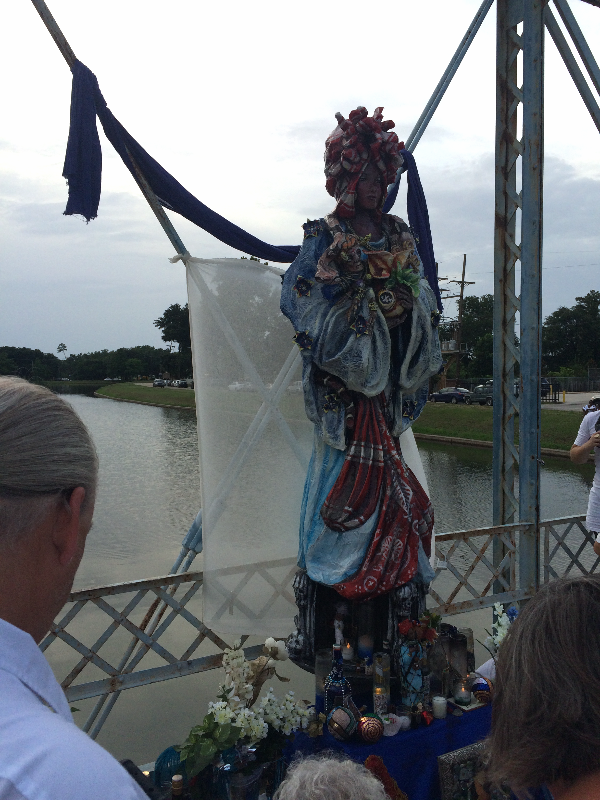 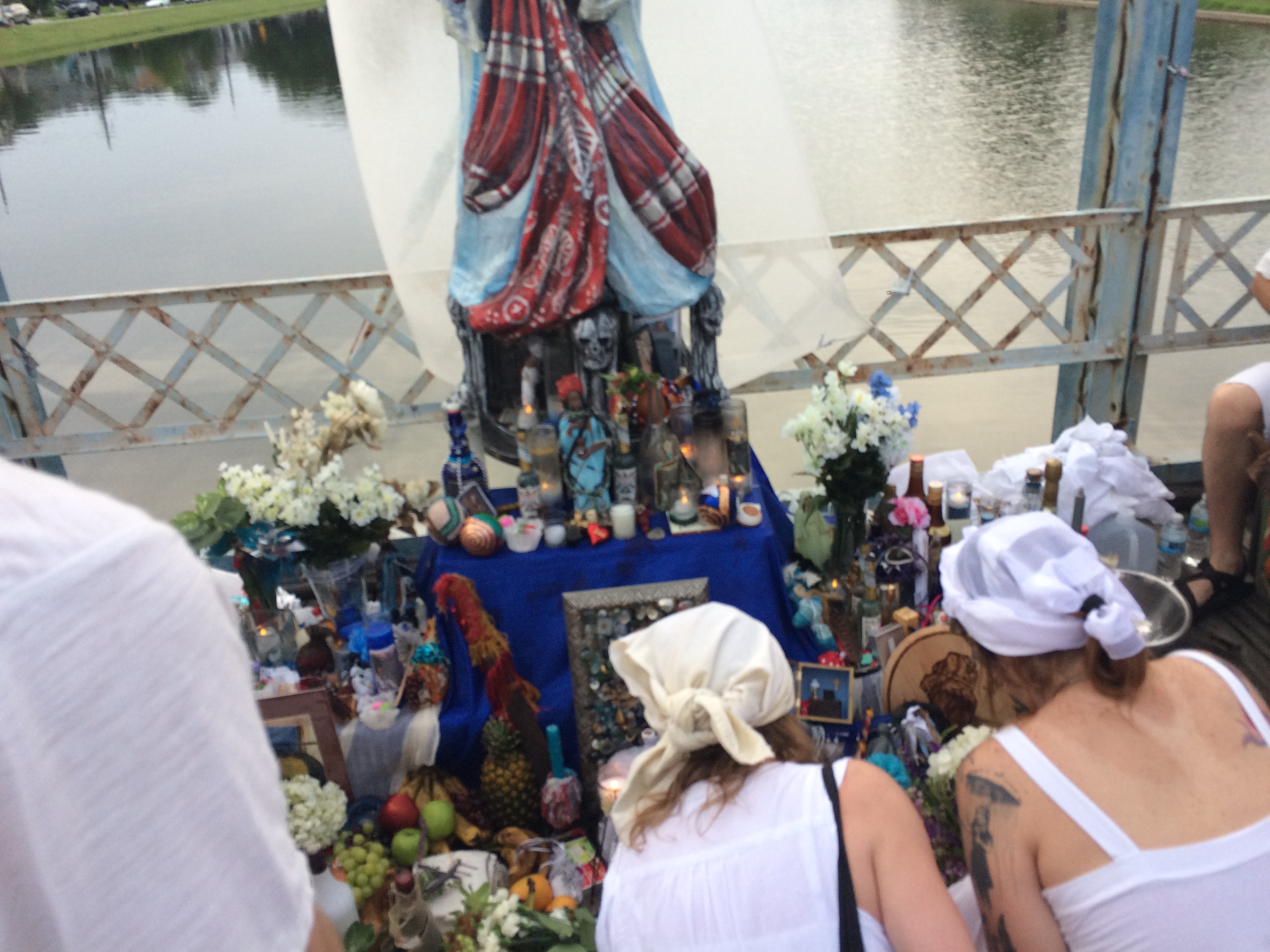 Oh! And I almost forgot to mention The Inappropriate Drone, who buzzed very loudly above the ceremony for what seemed like an impossibly long time, and the interaction between the older woman to my left who crossed to the railing of the bridge, located with her eagle-eyes the two young men who appeared to be controlling the drone, made her hand into the shape of a gun and pretended to shoot them (after already having flipped off the drone a few minutes earlier). The drone soon buzzed off. A very New Orleans moment. 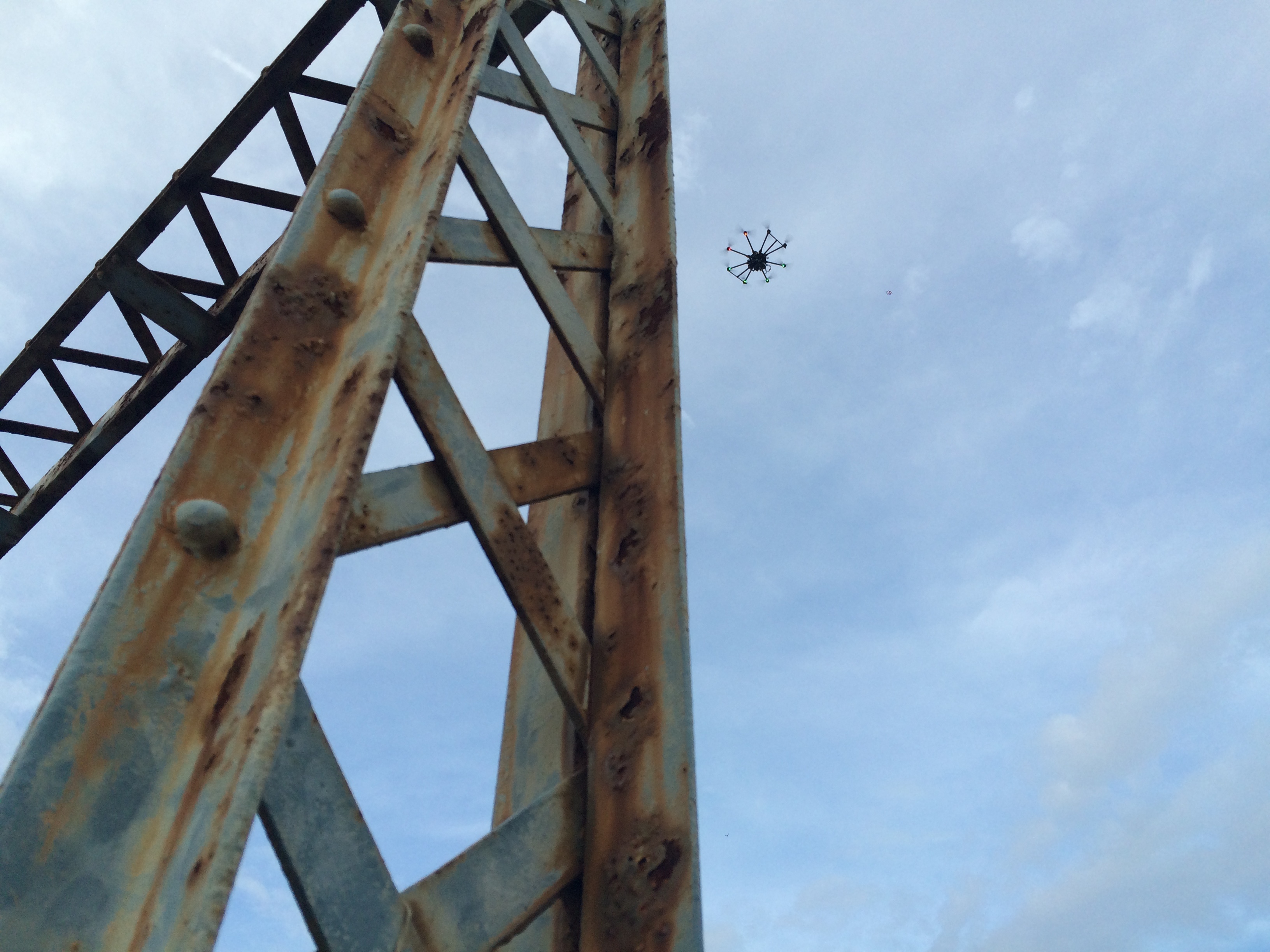